It's a Celebration B*tches! Grab a Drink, Grab a Glass...

After Kanye announced that he has a fame love child on the way with Kim Kardashian, the Internets exploded. Opinions poured from the crevices of Who Caresville expressing everything from sadness to disgust. Seemingly, the Kardashian Klan were the only ones truly elated about the now public news. 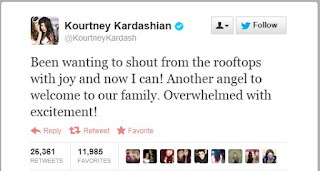 Most amusing are the Bloggers who have highlighted the messy situation in which the KimYe baby has been conceived. (Yes, Kim Kardashian is still legally married to Kris Humphries.)

Now that you are all caught up, there are three observations I would like to make: 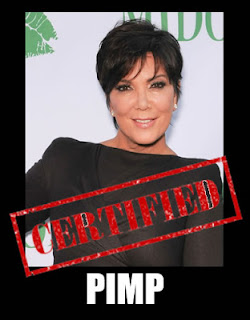 2) Kris Jenner is the best pimp EVER!
3) The 'K' repetition to this whole thing is impressive.

In adding my two cents to news that is completely irrelevant to my life, my point derives from observation numero uno. Even though I wouldn't think much of a man going after a married a woman, I don't live in celebrity world. Fact: Celebrity World, much like Girl World, is very different from the real world where people get assaulted over poor bedroom performances. That being said, Kanye seems legit happy with Kim and the baby news. Not for the fame, but to really prove his worth in gold by becoming a father.

This revelation of men wanting to be "World's Best Dad" AND EXPRESSING IT OPENLY is beyond beautiful to me. In stark contrast to the 60's dad watching baseball at a bar while his wife is at the baby shower, because that is "women's business after all," is Kanye getting excited about Cavalli booties from Rhianna. Or to bring the idea of domestic equality closer to home, my former boss lamenting over the fact he can't stay at home with his kids all day. I can honestly say he was not confiding in me as a woman. This man just loves being a dad.

Nothing puts points on the feminist scoreboard more than Stay-at-Home-Dads, and boy are they cropping up! I personally swoon over caring dads. Most women would love to believe when push come to shove (pun intended), they will not be alone. Long gone are the cigar in the waiting room days. Today's dads are in the delivery room shouting words of encouragement and queuing up Instagram filters, and to that I say Bravo!

I hope the family that Kanye has made makes him happy, because he's been struggling these past few years. Some people might say KimYe is "The Struggle," but if it is, at least the public will get a hell of an album. Until then I will toast to happy dads and dads-to-be everywhere.


This is one of my favorite episodes, and reminds me of my dad!
R.I.P. Bernie Mac


Let's Have the Conversation
Do you believe that men today have more freedom to express their feelings about family?
Would be down with complete role reversal, Queen of the House and House Husband?
Men: What does fatherhood mean to you?