Girls about my shade don't cry
The salty, beautifully shaped tears would melt my pigment
to reveal a human that hurts
to reveal a human that loves and laughs no different from you
That is much too much
The idea is strange and foreign
and I would not want to make you uncomfortable
So my reserve could never be depression
My frustration could never be more than a Sassy attitude
I am not oppressed.
I have a fucking two door garage.
Let's all resolve that women my shade don't cry
Only snappy comebacks and finger wags in public
The world would tilt opposite on it's axis
if for once, I refused to suck my teeth or cut my eyes as a response.
Trust me, all us brown girls got it together
Therapy is for White people.
Jesus is King.
Girls about my shade don't cry,
unless it's in the shower,
in the car in an empty parking lot,
on the phone at 2am with a "so-called" best friend,
in the back yard after asking God why there is always more month than money.
Healing is right there,
always long overdue. 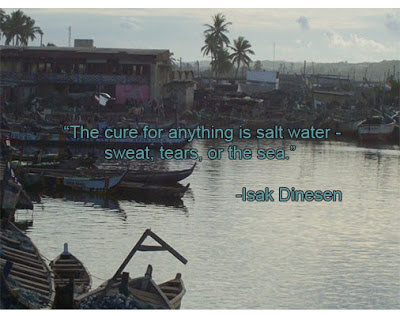 In the past couple of days it has come to light that we still have issues, yes in 2013. There is a lot of hurt and pain hidden behind half-smiles. In case you missed it, Exhibit A: Dark Girls. From the official website, Dark Girls is a "documentary exploring the deep-seated biases and attitudes about skin color particularly dark skinned women, outside of and within the Black American culture." Many critiques about this film surround the inclusion and lack of certain voices. The film also leaves a very wide, "Where do we go from here?" Which it seems, is often the leaving point. So let's make it the jumping point.

More important than the cause or the incident, is the recognition and release. Very seldom as women, and especially women of color, do we want to seem like we don't have together -nor do we live in a world that let's us. However, it is high time that we let go excuses to allow ourselves to be vulnerable. We know what it looks like. It's the reason why we still bump "What's the 411" by Mary J. Blige and it's the reason why we sing along to  Kelly Roland's "Dirty Laundry," but what happens when you can't replay the song anymore? The real problem with hiding pain is that it keeps us from fully living in joy. When amazing things happen, "I just got a raise..." it is often followed by cautionary thought, "...but I know my rent is about to go up." Sometimes we need to talk through this with someone who will answer back.

My poem and my point is not to fall apart and wallow in the low places, but sometimes you need to have a pity party and let someone help you pick it back up. This piece is about allowing a full range of emotions, in spite of. The friends who tell you're the bomb.com are fine, but listen to ones who see all of you. Checks and balances are absolutely necessary. If you can't check yourself, hire a professional. The unspoken cries will kill us. My prayer and my plea, never drown.