How to Know If Your Date is a Feminist

So the truth is, I've dated... A LOT. When I moved to New York I wanted to make up for all those dorm room, jello shot filled hangouts. Not knocking the dorm room hangout, but that is not a date. Let me repeat a "hangout" is not a date. My experience has shown me that grown ass men will say the word date, invite you somewhere, and make a real effort to get to know you. I think it's called a conversation. Yep. That's it. Also, a lot of sites will focus on "how to date a feminist." I'm not a unicorn, so yeah, that's silly.

Now!!! Once I got over the initial shock and excitement of being on dates: "Girl he asked me out," "What do I wear?" "I should tell him about that time I went to Ghana, so I look grown up and worldly..." I realized that even more important than what comes out of my mouth was what comes out of his. Yes ladies, the old adage is true, you should let your guy date do most of the talking. This is not because you want to appear polite and demure, it's because you can quickly find out if you're dealing with a bona fide crazy by listening to this fool your date talk. There are key words and phrases I have identified as a no go. 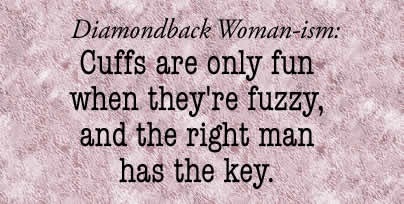 Disclaimer: If you do not believe in women's empowerment or equality and all that jazz, and don't care if your date does either, this post blog is not for you.

Now on to the good stuff:

6) He lives in a bubble and likes it: It is OK if a person has never left his state. To be fair, travel can be expensive. However, that is not an excuse to only know what he knows and that's it because, The Internet. Dating someone who is not open is problematic. Dating someone who does not want to be, is a done deal. He will have expectations of what women should/shouldn't do, dress, talk, etc. and that will be the end of discussion. Needless to say if you don't find a problem with this guy, he'll probably find a problem with you because you don't "measure up." Then! You'll really be mad because you were really too good for him and he has some nerve...

5) He is surprised/impressed that you know anything: I am not talking about Jeopardy champion type stuff. I mean he thinks you're awesome because you can conjugate verbs and know that the Earth is round. Men who think women are inherently dumb or "bad at math" are a no go. They will constantly question anything you say as fact, unless you got it from a man source. They may also try to mansplain things to you. Girl. Just no. If this happens, ask for the check your damn self.

4) He thinks Women "Got it good": Piggybacking off the above, this is the person who doesn't understand why women are "always angry," "complaining," or some combination of the two. This person may say something like, "You're not like most girls" when you make intelligent, rational responses. He may also joke about how you should be paying for the date, he asked you on. If he brings this up more than once it's probably not a joke and he may be unemployed.

3) His sense of humor is off: I have found the best date to get to know someone on is a comedy show and drinks. What someone laughs at will tell you everything, especially when they're drunk. Comedy is always rooted in some bit of truth, that's why people can identify, see the humor, and laugh. Jokes about a woman getting raped = not funny. That may be obvious, but if your dude is laughing about roofies in your drink you should probably run, oh and get your own drinks.

1) He cannot use the word women: This is the granddady of them all. A man who cannot use the word women to describe a group of women has all the issues, and probably hates women. I'll never forget a FB discussion where one woman was describing a guy who kept saying "females." At the time I was like "Why would that be a problem?" Then I experienced it for myself. "Female" or "females" tend to be used with same tone as bitch.

What did I leave out? Let me know in the comments or on Twitter @herdiamondback!
Email Post
Labels: cuffing season Dating Feminism Relationships