I would like to believe that there is no longer a debate about Drake being kind of a big deal. Not only has he said it a few times, but if I had a dollar for every singing rapper that's been out since '06, I could buy a really nice martini at bar in Manhattan. So here we go!

6) He was a kid once: Like does anyone know what a baby Ja Rule looks like? I rest my case. Moving on.

5) He goes for the long shots:  Bad Girl Ri Ri, Onika, Scrippas... he likes to go for the girls who just a little bit out of reach, but only because they're really just like every other girl who wants love. Hey, if Jermaine Dupri could get with Janet Jackson, anything is possible. (No, I will NEVER forget that happened.)

4) He's not afraid to grow facial hair: Some guys get really attached to their image, especially rappers. Like, L.L. Cool J is still blowing kisses, but I digress. I like this new mature bearded Drake that wears turtlenecks and goes to the U.S. Open. He's brave. He's not afraid to be himself, which leads me to... 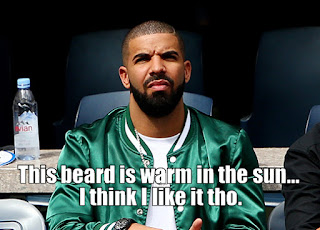 3) He's honest: Drake gets a bad wrap for being sensitive, but who said men can't be honest about their feelings? I mean who hasn't been in Marvin's Room a time or two? "Yes, I am drunk right now, and you should be here with me while I feel on your booty." More guys should be honest like that. The world would be a better place. 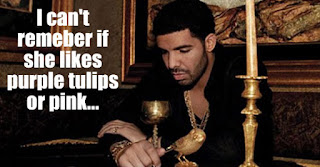 2) He has a sense of humor: At this point, we've all seen the Hotline Bling video... and the memes. Clearly that was a joke. Also, that time he was on Jimmy Kimmel making fun of himself.