About Love and Lists

At 20-something years old, I've decided to make a list. The truth is, grown women make lists. In being fierce and independent and fabulous (FIF), women like me are encouraged to go after our goals and dreams- even setting micro goals that get to the big goal.

We are taught to take charge of our finances, and get to that down payment on our first house. To be clear, you are reading the words of a woman who paid off her student loans in 4 years while taking International trips. Yes, budgeting on fleek. However, this same kind of precision is not encouraged in romantic pursuits. Or if it is, it's because the woman "isn't getting any younger" and it's thought to keep desperation in check. That's crap.

The main reason most people don't make lists is because their romantic relationships are driven by location, familiarity, and class. Don't worry, I won't dig out my Sociology course work on this, but suffice it to say most people don't make lists because they don't have to. The more fortunate folks who's no-brainer husbands materialized after saving her from a breakdancer's sharp elbow in the subway, or catching his embarrassed eyes after he hit that sleep nod hard in your grandma's church, are good to go. Girls like me go their weddings.

The big myth though, is that girls like me are unhappy at their weddings because we wish we were them. Does it look good to have a partner in crime for life? Of course! But I'm also not trying to rush into an argument about which way to roll the toothpaste. Very rarely is everything all that it's cracked up to be. Things that also fall in this category: babies, freelancing, mo' money, but I digress... 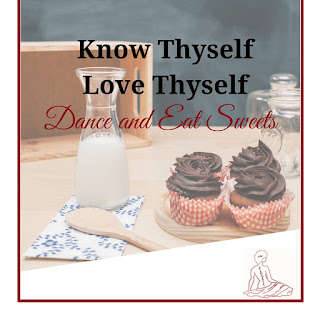 Aziz Ansari has talked about this whole relationship thing and how we have become burdened by having too many choices. Now, I'm not a world-famous traveling comedian, but dammit if I don't have choices. In fact, in talking to a close friend recently, she called me spoiled. (Yes, my friends will call me out on my crap, and I'm thankful.) I'm used to certain things and men being a certain way. My parents have also mentioned this, so at this point, there's some merit to it. To be clear, spoiled in my case is about being head-strong and generally unimpressed. So, the "partner must-haves" to work with this need to be listed. SEE: Patient AF.

Some ladies don't need lists. ALSO, the list does not mean your husband will materialize next week, that you want one, or that you are now obligated to find this man. I don't plan to change a damn thing. What I do know, is that if/when he appears I'll know it. And not for some whack-ass, "he looked in my eyes and I knew reasons," but some real "I will dance battle you in this Target woman!" reasons. Because that's what my life is about.