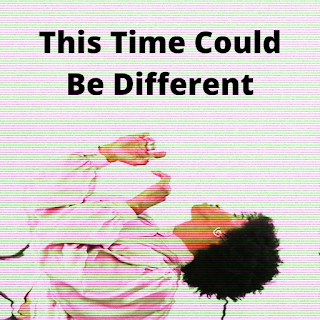 My favorite thing that Americans do is reference the Constitution. If you are familiar with American history, or are just a really big Hamilton fan, then you understand how problematic that is. To keep this post short, I will highlight the two most relevant issues during this pandemic: 1) The Constitution grants "States' Rights" and 2) I was 3/5 of a person when it was written.

And it's 100% true. Generally speaking, the states - and even cities - do their own thing.  **The U.S. is basically like a poorly run franchise. There are big wigs at the top who tell you what the blanket rules are but then some of them you can opt-out of. Yeah, you pay into the franchise and they'll send you some marketing materials, but you can also get with other franchise owners for advice. It's something of a mess.

In addition to a full civics lesson, Gov. Cuomo went on to say a number of things that illustrates where we are with the current leadership. At the end of the day, I am convinced that 45 doesn't want to be the President of the United States - he wants all of the credit and none of the responsibility for pandering to his base.

I'm not going to call his supporters dumb or the scum of the Earth because at this point I don't think they want a president either. They want someone to validate them.


Our current state of affairs did not come without warning. Many "radicals" have tried to warn us and even prepare us for the deeply rooted hate that has been simmering below the surface.

People have even started to come together to fight it, but who's in charge? What is the plan? "Hope springs eternal from the human breast," says Alexander Pope, but as a hopeless intellectual my hope has been waning. How do you ask people to fight when they are drowning? Most Americans are drowning.

When you are trying to survive you are not overly concerned with the problems of the world; you don't know who Angela Merkel is and you probably don't care. You may not vote in every city and state election because you don't have time, you have to take care of an elderly parent.

There seems to be so much to do and our memories are short.

We're not as evolved as we think we are. Our brains are still programmed for basic survival. We still run off of basic instincts and are prone to addiction. Is survival selfish? Absolutely. Is it also sewn into the fabric of our country? You bet your "Tiger King"-watching ass - which now seems like a world away. As the documentation of "Karens" and their male counterparts continue to rise along with Coronavirus cases, we can see that the govt. is not really here for us.

Even with all of the good intentions of the Obamas, the era was more symbolic than it was progressive.

Going back to my second problematic point about the Constitution, Black folks have been fighting for basic human rights for a while. Then, in order to shut us up about it, we've been allowed to have symbols of progress. What lies beneath the surface though, is the truth, and we see it every time there is a crisis. "Freedom" and "liberty" have never been equally distributed. If George Bush didn't care about Black people, Bill Clinton didn't either when he decided to be "tough on crime," which is part of why Hilary lost. The residents of Flint, MI still don't have clean water. Now, this.

So what happens when you incorrectly remember things- like the Constitution or the past 20 minutes? Anything. Anything could happen. You can pick up random items in the grocery store, or you can forget that anti-vaxxers brought back polio, or lynching could come back.

Ten years from now, revisionist history will say this pandemic was crazy because we had to stay in the house and we lost Uncle Teddy, but will it be the event that "changed America?"

Right now the banks are getting away with it.

The politicians are getting away with it.

The billionaires are getting away with it, but they may dole out 10¢ for the poor to a nonprofit.

Most of us will still suffer from systematic oppression.

Unless, I am wrong. If every person could realize how much better off we would be if we exercised genuine compassion and recognized the platforms of privilege from which they could help others, it would solve a lot of problems. I hope that people look at what "work" really means to them and whether "the way we've always done it" is truly the best way.


**This is a very rough comparison of American politics based on my franchise understanding. I am not an expert in franchises, nor do I own a franchise.
Email Post
Labels: financial independence justice POTUS Power Privilege Truth